Every Easter Eve, Tom (and now Kirstin) help put on a fun, yet kinda crazy, low-key event, known as the Chocolate Bunny 50K. You finish on Easter, regardless of whether you run it in 5 hours or 15, so all finishers receive a chocolate bunny. The run starts around sunset, and covers what are some of the rockiest parts of the MMT 100 course. It's a great way to get in a long night run, with support, and is a spring-time favorite. This was my first complete chocolate bunny. I had run the first 2/3 of it 2 years ago, but had chosen to not run the entire thing so as to not run a rocky 50K the week before Bull Run Run. I'm running BRR again this year, so I opted for the full bunny. I'm shooting for 3 80 mile weeks in a row, with a 50K (bunny), 50 miler (BRR), and 50K (Promise Land) thrown in for long runs. 80 miles is as much as I ever do in a week, so hope that it will be enough to be in decent shape for MMT next month. 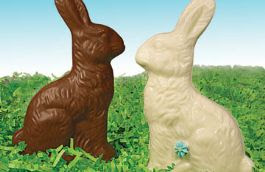 Back to the bunny. The run starts at mile 58 of the MMT course and finishes at mile 89. The first climb is a good one. Not too steap, not too rocky, and most of it pretty runnable. It's not runnable for me during MMT, but at the start of a run, it's mostly runnable. The trail in general is pretty nice until a bit of a gnarly section down into Moreland Gap, which is the start of Short Mountain. Short Mountain is one of those sections on the MMT course which gets a lot of hype. For many, Short Mountain comes after sunset, which adds to the challenge. My goal at MMT is to be on Short Mountain before dark; not necessarily done with it, but at least on it.

The first time I ever 'ran' Short Mountain, I thought it sucked. I was with Michelle Harmon, and we were several hours into a 40 mile run, and both hating life. We kicked nearly every rock on Short Mountain, and I remember discussing with her that I had no desire to ever attempt MMT. Hah.

I remember running Short Mountain a couple of other times, and thinking that it got way more hype than it deserved....not much of a climb, and the rocks weren't really that bad. And last year during MMT, I remember stumbling over some rocks on Short Mountain, but don't remember thinking much of it, besides being happy to get off it and to arrive at Edinburg to sample some of Brenda's famous potato soup. Ymmmm.

I really had little recollection of the giant rock pile that is the ridge line of Short Mountain, but it sucked again on Saturday. It didn't help that I had 2 dim lights (meant to replace my batteries, but ended getting the new and used batteries mixed, and had 2 dim lights as a result), and that my feet/ankles were having some unhappy issues, but I again questioned the sanity of MMT while on Short Mountain on Saturday.

After Short Mountain, life gets better. Sean had mentioned to me earlier in the run that he really liked the section on Powell's, which I remember having hated during MMT. That section he was referring to was the same section where I had fallen last year during an MMT training run, which resulted in hand surgery. This time I enjoyed the section into Woodstock and the memories of my month at work typing with one hand seem to have faded.

Getting into Woodstock, means 5 miles to the finish, along a ridge line that is not too gnarly, but also never seems completely runnable, with a steep, fun down hill into Powell's Fort. I was expecting a bon-fire and beer, but instead was greeted in the parking lot by Sean, who had finished almost an hour earlier and a bit after Keith (who had driven back up to Woodstock), and who was by this time, shivering. After all, it was 35 degrees'ish, and after running for 30 miles and then standing around in shorts in a parking lot full of locked cars, he was understandably cold. Luckily, for both he and I, my dear new Bridgette has heated seats, so we soon had toasty bums and were snacking on a big vat of party mix, while we awaited other runners.

I must say that the run put a healthy dose of fear in me for MMT, as I had truly forgotten just how gnarly and technical some of those stretches are. Luckily, I'm not sore today, and was able to run commute, so my feet and ankles seem to be recovering fine. I do need to find me some new shoes in the next month, as I wore my old school hardrocks, which felt stiff and clunky. Wondering if any of the other participants had lingering effects from the controlled burn that had been done the day prior? On Sunday, I could barely talk, and felt as if I'd smoked a couple of packs during the run. 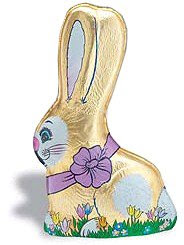 Kudos to Tom and Kirstin and their band of merry volunteers! As always, your support is much appreciated. It was great weather for running, but a cold night to be volunteering. It was a nearly perfect night (minus Short Mountain) to be out running in the mountains, under a nearly full moon.

I was coughing up a lung after the run, but didn't even put 2 and 2 together with the controlled burn. That's somewhat of a relief since I thought I was just terribly out of shape! Glad you had a good Bunny. I would have ventured across the parking lot at the finish to say hi, but we both seemed to be enjoying the warmth of our new cars, and that 50 feet of cold didn't look inviting. See you at BRR!