Another weekend, another trip out snowshoeing.  My friend, Sarah, and I had planned to hit Tom, Dick and Harry, a popular trek starting at about 4000 ft, but the snow around that elevation was crap, so we drove up to Timberline Lodge, which sits at about 6000 ft.  While the snow was still kinda crappy, we wanted to snowshoe, and it turned out to be a fabulous day--night and day in terms of snow conditions from the past weekend, but actually much easier in terms of effort.  Although I guess that depends on how effort is defined, as the weekend before, the snow was wet and heavy, and each step caused your foot to sink down a foot, but the trail itself was easy and gently rolling. Whereas this week, the snow was hard and icy, so we stayed on top of the snow, but we were climbing up 2500 ft in 2 miles, so there was definite effort in climbing, especially being that my climbing muscles have been on vacation for the past 2 months.

We left the parking lot with the intention of finding the PCT and hiking on it for a few miles out-and-back.  But it was foggy down low, and we missed the PCT, but realized we could easily follow the outer boundary of the ski area.  So we headed up, and had an easy target of the top of the upper ski lift.

In short, about 4 miles, 2 up and 2 down, which took us a long while to go up, and next to nothing to come down.  I didn't run going up, but tried out running down part of the down.  I love my new Dion snowshoes!   The views all day were spectacular, with some low clouds, interspersed with clear spots, so that the views of Jefferson in the distance were quite nice.  And while we never got a clear view of Mt. Hood, parts of the top did peak through every now and then.  By the time we got back down, we were once again surrounded by fog.

This one's a keeper....I plan to go back and do some repeats this weekend, as snow at lower elevations is apparently still crappy.

Some photos from the adventure: 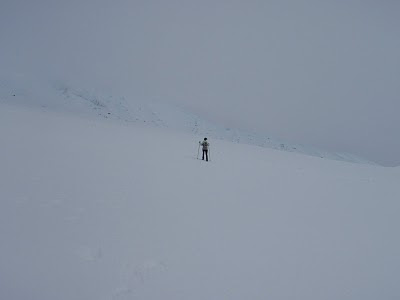 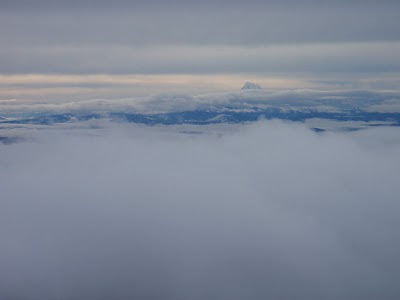 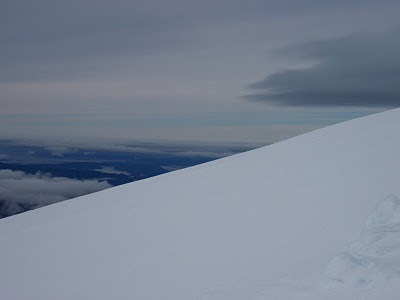 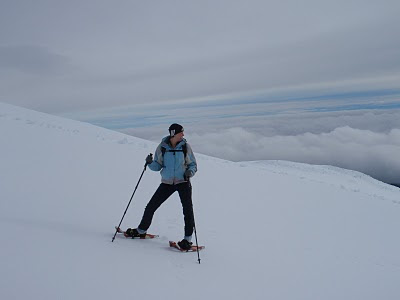 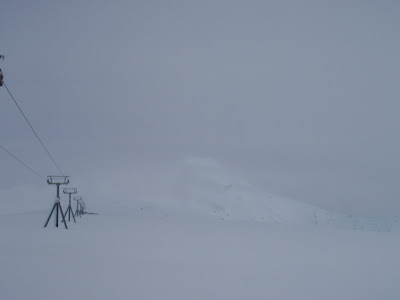 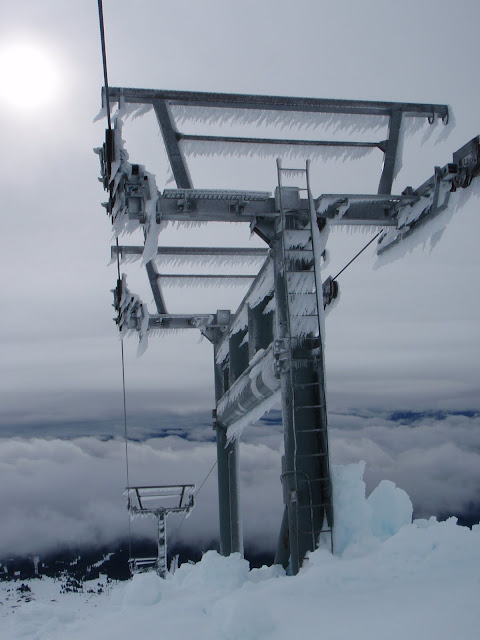 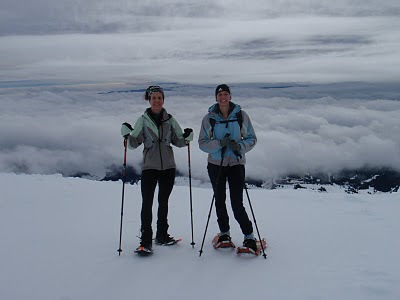 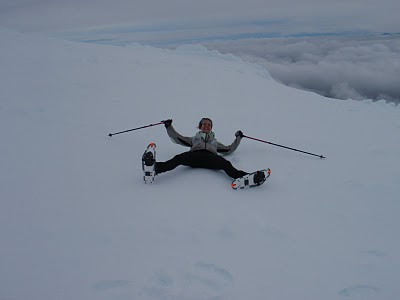 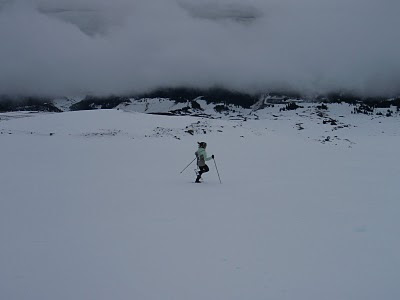