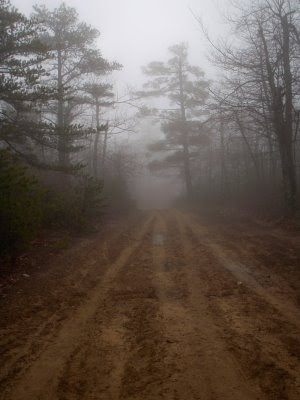 On Saturday, I ran the Bel Monte 50 Miler in the Blue Ridge Mountains near Charlottesville, Virginia--my first long run on trails in a few months. Perfect running conditions, 50's and damp. It rained until early Saturday morning, but stopped in time for the run and didn't pick up again until mid-afternoon. Bel Monte has 25k, 50k, and 50 mile options and the course is a nice mix of single track, fire road, and gravel road; some parts of it pretty technical, but other parts nice and pine needle-y. I signed up for Bel Monte because I'm feeling months behind on long days on trails, so figured I should jump in with 50 miles my first weekend back (there were the shorter options of Terrapin Mtn 50k and MMT training run #3 on Saturday, as well). I'm not sure that I can catch up in the 2 months before MMT, but 50 miles on Saturday seemed like a good idea. 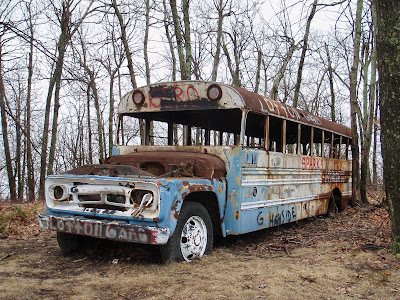 The bad:
The first 5-10 miles. I felt like crap and my legs felt like logs. Training on roads is not training on trails, and all sorts of little muscles get forgotten. Between not being able to see the trail (a flashlight might have been handy) and not having run on trails in 6 months, I struggled in the beginning.

I had thoughts of giving up running altogether during the first 5 miles with people passing left and right. Of course, some of those were 25 and 50Kers, and those that weren't, I passed back at some point. One guy, when I told him to pass me, said he'd prefer not to, because he distinctly remembered my pony tail bobbing by him later in the race on other occasions. He did pass, but regretted it later.... ;)

The Good:
Some sweet single track up on the ridge lines. It was fun, once I got back in the groove of it, to navigate over rocks. I was pretty happy to not fall once, especially after a long break from trails, and the fact that I fall on most long trail runs. 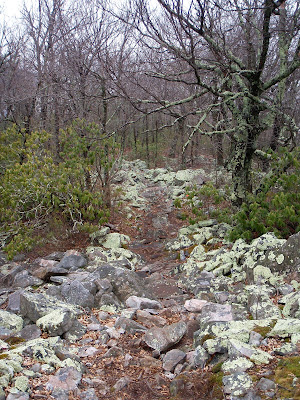 Listening to Mongold growl(?) at me as he barreled past to stop walking. The 50 miler had a few out and back sections, which allowed you to see other runners. Mongold mentioned to someone afterwards that he hadn't walked a step--he broke last year's course record by more than an hour. Fun to watch.

Live Scroat Belly and Split Lip show in the woods. Seriously, an unfair advantage. I was in a funk and pulled out my iPod--hello Witchita--I love those boys. They never fail to pull me out of a funk.

The fog, although it obstructed the views, was nice and made the run seem a little mystical. There were places where I wouldn't have been surprised if a gnome had hopped out from behind a rock and waved at me. Maybe next time....

Just being out on trails in the mountains--it was something that I really missed and was anxious to come home to. 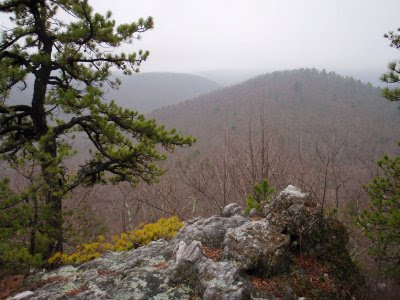 I felt clumsy and out of shape at times, but felt strong in spurts, especially towards the middle and end. That was encouraging, that I had more than 50 miles in me if need be, and I could recover from the dead leg lows I felt early on.

Nutrition: 5-15 gels (probably somewhere in the middle), a couple of packs of shot blocks, and a handful of savory aid-station snacks towards the end. One S-cap, and not a whole lot of fluids. I emptied my Nathan bladder once (Nuun), and filled it half-way (water) at mile 32. That was it, besides grabbing water at the last couple of aid stations. It was damp and chilly (to me) outside, and I wasn't thirsty. Energy-wise, I didn't bonk and stayed on top of things. 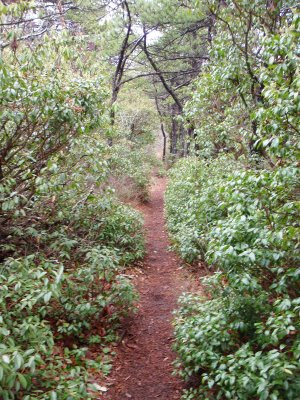 Shoes: No blisters--might be a first--and no lost toenails--another first. I think the numerous river crossings actually helped in that regard. I wore injinji socks and my very old Asics Trail Attack I. While they looked new (washing machine), they need to be retired, as I have no idea how many miles they have. Unfortunately the updates to the original Trail Attack I have not liked nearly so much. The original had a snugger fit to it, and a light weight road shoe feel. And it was the shoe on top, when I unearthed and opened my tub of shoes on Friday afternoon. I am still in search of a perfect trail shoe. I won a pair of Vasque boas, and also plan to order some La Sportiva's this week, so hope to find something I like soon for MMT. Otherwise, I'll go with Hardrocks again, although I'd really like to get away from them. They seem like too much shoe, although they are the only thing I've found that make my feet less un-happy after long runs on the rocks of MMT. Maybe MMT requires too much shoe. 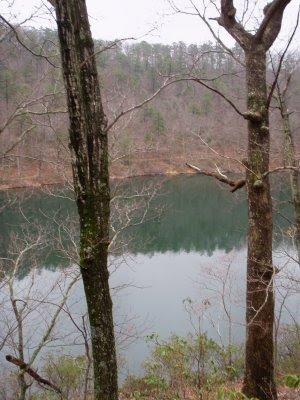 I ran alone most of the day. No one passed me, and I didn't pass anyone until the last couple of miles. I finished in 9:26, which was an hour faster last year's course record. It's only the 2nd year for the 50-mile option at Bel Monte, so that won't last for long. 6th overall and 1st woman. The results claim that only 43 of 103 starters finished....not sure why? It's a challenging course, but not overly so.

Two days later, and I'm walking funny, and won't run until Tuesday's WUS. Bel Monte did prompt me to put my name on the Bull Run waiting list, as another 50 miler would help with my confidence pre-MMT. It was great to see some VHTRC friends out on trail, Bradley, Sean, Steve, Mitchell, among others. It feels good to be home!
Posted by amy at 4:00 PM

Congrats on a great "Don't Call It A Comeback, I've Been Here for Years" trail race! Can't wait to toast you at WUS tomorrow!

Congratulations and great to have you back! Hope to see you soon.

Looks like you're picking it up right where you left off last season....on top of your game.

Great race and way to pull through the funked up early miles.

VIP Call girls in Dwarka, Young Call Girls in Gurgaon
Our VIP Young Dwarka Call Girls are best in all aspects and will give u immense pleasure and satisfaction


VIP Call girls in Delhi and Gurgaon, Young Call Girls in Delhi
Our VIP Young Delhi Call Girls are best in all aspects and will give you immense pleasure and satisfaction

Awesome Elite Delhi Call Girls. All of our stylish and fashionable Call Girls strive to satisfy the every need and desire of their clients; the feedback provided by our clients suggests that this is something that they achieve and exceed time after time